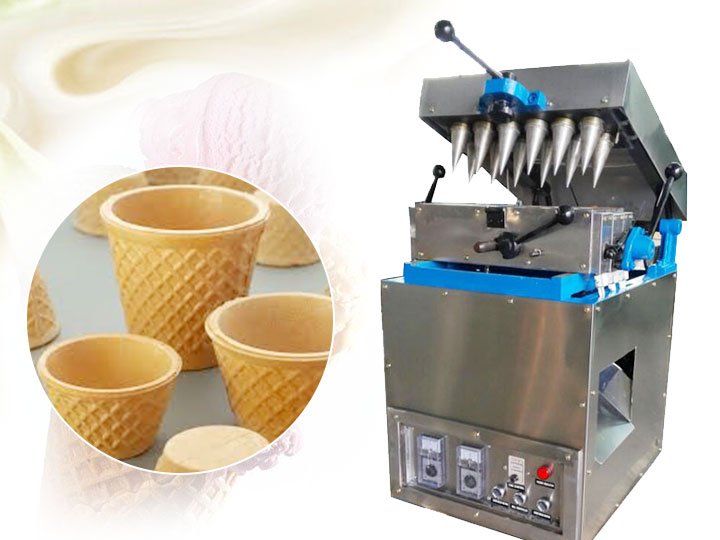 Wafer tea cup making machine can produce wafer tea cups and coffee cups. The tea cups or coffee cups produced can be used to hold ice cream, fruits, and other raw materials.
Get a quote

The wafer cup is not only suitable for ice cream, it is also suitable for coffee, various cold drinks, fruits, and other fillings. It can be produced in large quantities by a commercial wafer tea cup-making machine. Therefore, this sweet and delicious wafer cup is popular in India, Sri Lanka, Europe, and other places. Due to the wide application of wafer cup, our company specially launched a wafer cup making machine.

This coffee cup is degradable and edible, so its appearance and use are environmentally friendly. This edible teacup has been promoted on airlines. Edible wafer cups have broad application scenarios.

How to use the commercial machine to make coffee cup?

Before baking, applies release oil evenly to the mold and core to prevent adhesion. Then pour the batter into the lower mold and close the upper and lower molds for baking. The machine has an automatic timing function, which can set the baking cycle to 90 seconds.

When the baking time reaches the set temperature, the bell on the machine will ring, and then can open the mold to get the molded teacup.

Do you need this wafer cup machine? If necessary, please feel free to contact us and we will reply to you as soon as possible and inform you of your detailed quotation.

We always welcome your inquiry